3 Glass Wharf makes the most of its waterfront location with a spectacular glazed facade, extended balconies and public walkway. Positioned in a prime spot at the side of the Bristol Floating Harbour, adjacent to Bristol Temple Meads station.

The site was reclaimed in 2007, having previously been occupied by railway siding, a glass works and a car scrap yard.

The building is an eight-storey office, with basement and has been taken as a single tenancy by HMRC – to form the new regional HUB.

The 109,000 sq ft structure comprised a long span Post Tensioned flat slab, with dramatic cantilevers to the front and rear, with post-tensioned concrete floor slabs, a basement and gardens.

MNP was involved in this project from 2014-2018, initially developing a concept for the client and then delivering this through novation to Wates.

3 Glass Wharf is on track to achieve a BREEAM Excellent rating. 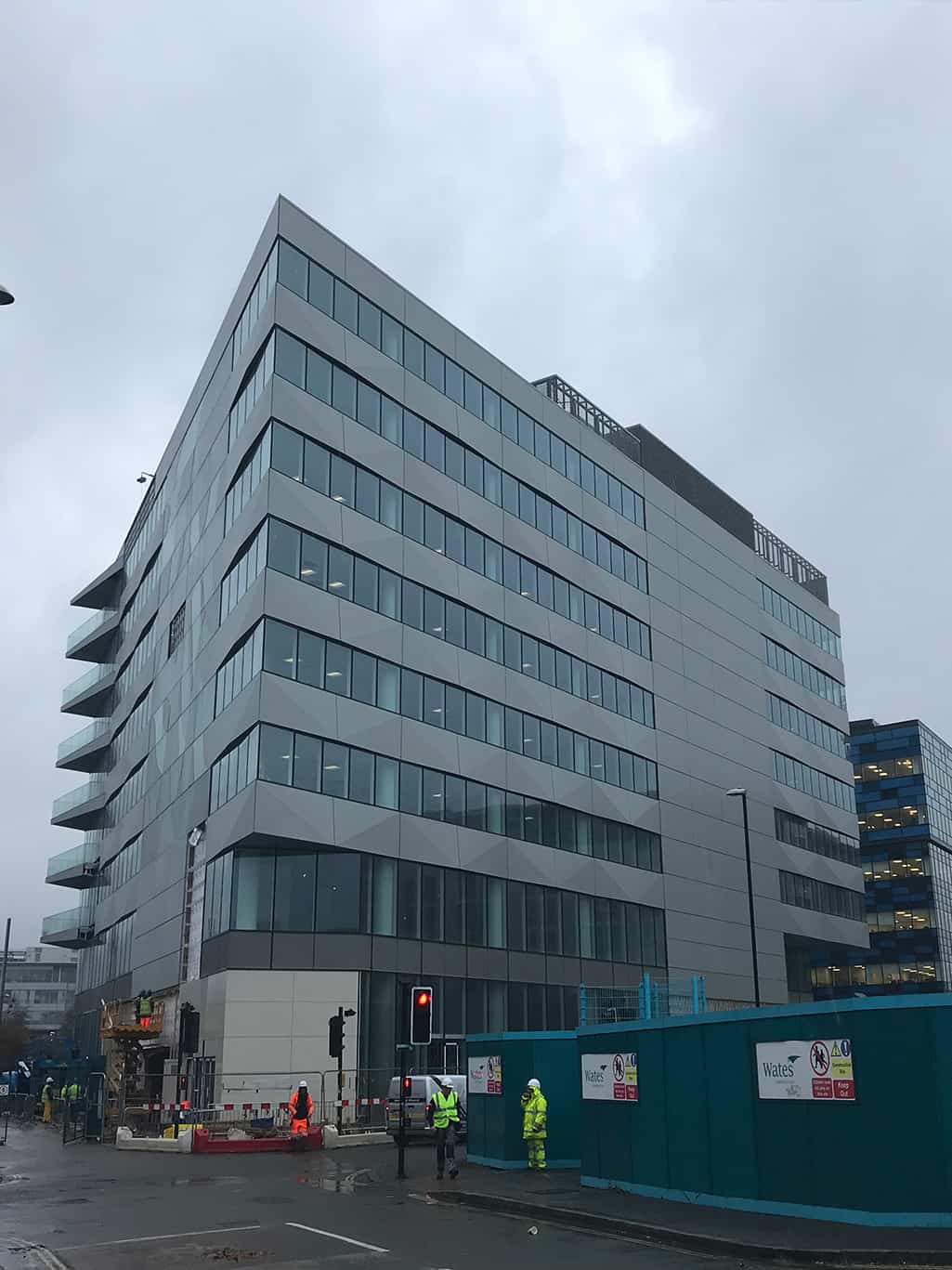 Substantial redevelopment for the current home of Land Securities headquarters