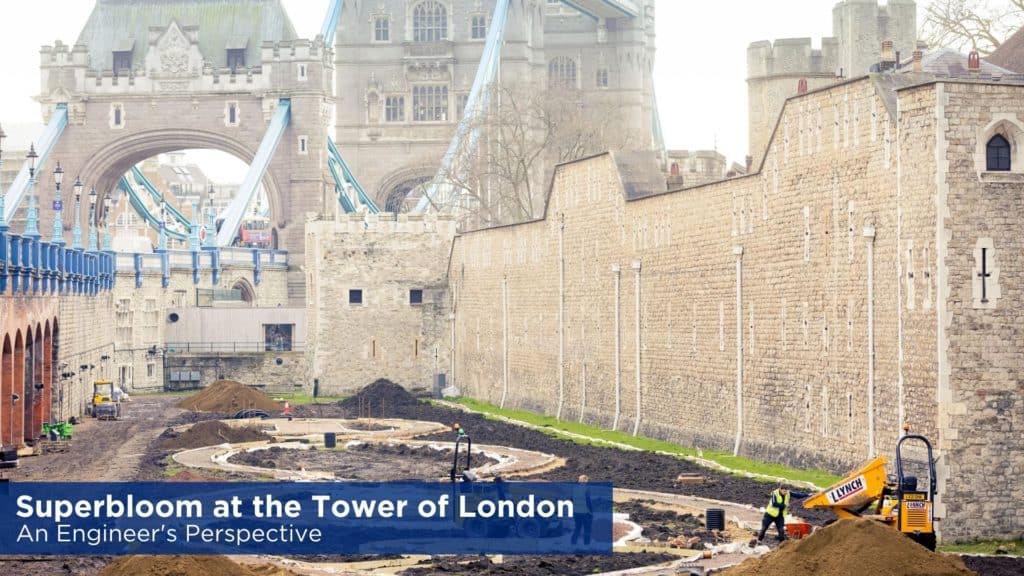 Mason Navarro Pledge are proud to be involved with the Superbloom project at the Tower of London.

The current work to transform the moat at the Tower of London into a sea of flowers has required a careful and sympathetic engineering approach, which will be invisible to the public. Beneath the new landscape a new surface water drainage system has been introduced to serve the meandering pathways through the display, carefully coordinated with both the myriad of new services and the archaeology of the moat.

Above ground, we have been advising on the installation of temporary structures and artworks.  In the early stages, we gave advice regarding the slide and stair entrance.  We have also been working with Spencer Jenkins to develop his proposal for a Willow nest viewing point.  The woven willow structure is formed around a lightweight steel frame, which must be strong and stiff enough to provide support, but be largely hidden in the finished piece.  The work is being created at a workshop in the midlands, before being broken down and transported to site where the sections will be re-joined and the finishing touches to the weave added.

Throughout the work on temporary structures, a guiding principle has been to minimise the environmental impact.   No insitu concrete has been used to form foundations, instead, the structures sit on spreader plates on the surface of the moat or new landscape.  This also accords with a best practice approach to working on historic structures, where all changes are completely reversible.  Where heavy weights are required to hold the elements in place, reusable precast concrete sections have been specified.  The structures themselves are almost all formed using reusable staging elements and scaffolds.  Where bespoke fabricated sections are used, they will be suitable for recycling after the event.

The most visible and permanent part of our works has been the new access ramp from the causeway at Middle Tower into the moat.  This is intended to provide improved and compliant access into the moat, both during Superbloom and far into the future.  Traditional mass masonry has been used to form the retaining walls.  The formation level of the foundations has been set to match that of the adjoining wall, requiring deeper excavation than elsewhere on the project.  This has required careful consideration and consultation with the HRP conservators and archaeologists to preserve the as found archaeological remains while at the same time forming a stable and robust structure.

Photography: Taken by Richard Lea Hair and provided to us courtesy of the Historic Royal Palaces 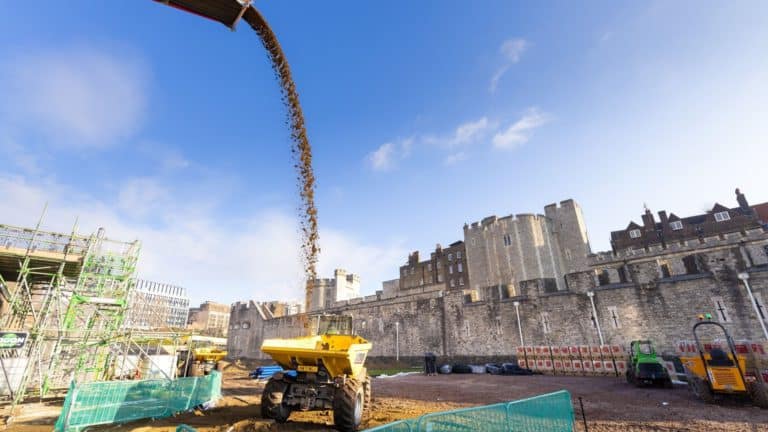 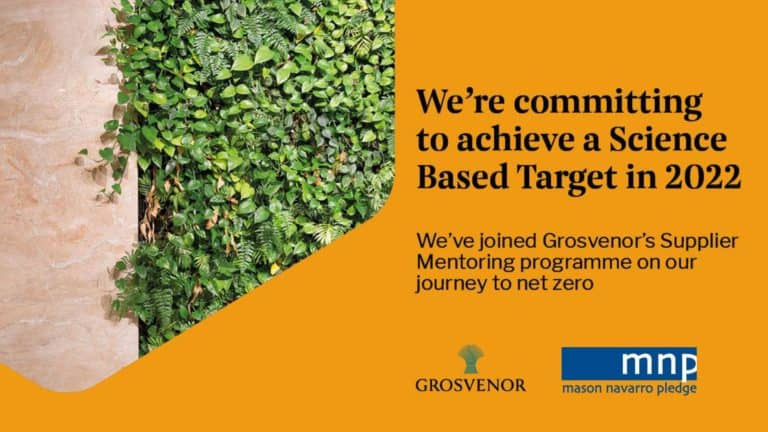